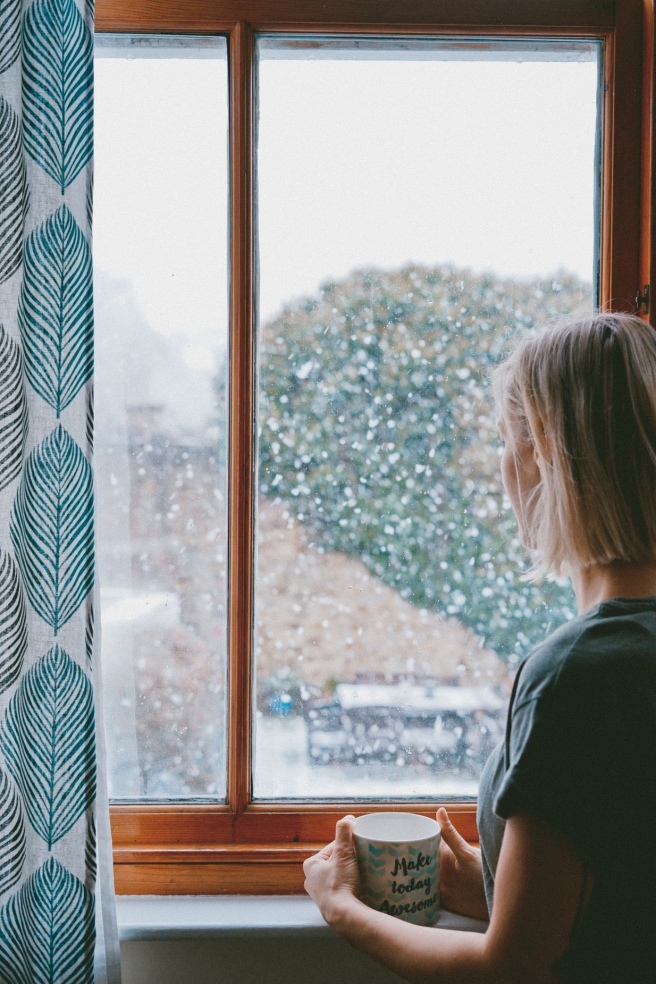 I have been at somewhat of a loss today. What to write?!

For the last thirty days I’ve followed the Discover Prompts and whilst I’ve taken them to some pretty strange places – I followed a plan set by others to the point that today, I can’t think for myself. I’ve become institutionalised. Blogstitutionalised even!

I suspect many of us are going to feel the same in the next few weeks as life picks up the pace again. There’s uncertainty, a little fear and a lot of trepidation… and that’s terrifying.

We’ve spent a month obeying commands from nameless, faceless governing bodies without questioning it. (Some of us, I’m generalising. Work with me)

We’ve taken to reporting our neighbours for their crimes of fraternising and hoarding. We’ve accepted decrees from the CDC that they can come into our homes and remove people at their whim for the good of the community.

WHAT THE FUCK ARE WE THINKING?

Truly I get that people are scared of this virus. I’m in no way under playing it but the civil liberties that are being savaged in its wake are insane. The fact that we’re compliant in it is even more disturbing. When I hear that in the town I where lived in NY has more reports than they can handle of people having visits from friends and the like – it’s nuts. The ugliness is just unspeakable.

I’ve seen too many virtue signallers proudly proclaiming they haven’t set foot outside their house since March 31. They deserve medals in their minds because they’ve had others deliver groceries etc.

What about the delivery people? The shop assistants? Everyone in the chain who’s sacrifice has them able to sit on their fat asses and peak out the window at Mrs Gibson at number 23. Her sons come over twice this week. She needs to be reported.

If that’s you, fuck you.

What the hell are we thinking? Covid 19 is a tragedy. There is no doubt it’s a situation that needs to be controlled but not with the intensity of propaganda, misinformation and hype that it’s generated. Political parties – scum of the earth all of them – are using it as yet another tool to beat each other and us with. Instead of working together to try and make something useful, they continue casting aspersions and lining their own pockets, all the while continuing with the divisive shittery that keeps the populace fighting each other instead of them.

Politicians are SUPPOSED to represent us. We vote for them.

Did you vote for those idle sacks of crap to get an $8000 a month pay rise? How many of you even EARN $8000 a month never mind get that as a raise?! Why are we fighting each other and not them? Why are we not demanding town hall meetings and making change?

Complacency. It isn’t Covid 19, cancer or The Bomb that’ll get us.

22 thoughts on “The Dangers Of Complacency”