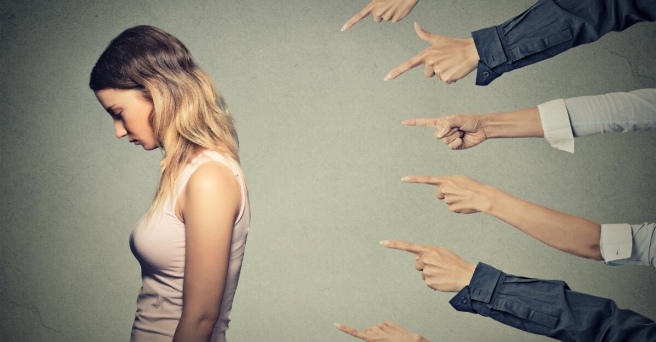 Have you ever done anything you’re deeply ashamed of?

When I was five or six I went to a birthday party. I went to lots of birthday parties! They all followed a pattern. Pass the parcel, pin the tail on the donkey, sandwiches, sausages rolls, crisps, cakes and biscuits – singing happy birthday and going home with cake. All very ritualistic.

I went to school in central London. There were a lot of kids in my school from the diplomatic community and one little girl was from the Phillipines. She was a pretty little girl and always had red and white spotty ribbons – how I remember loving those!

It came around to her birthday and all the girls in the class were invited. We all dressed up and took presents but – there weren’t the usual party games.

There was singing instead of pass the parcel and different food – and a big cream and chocolate confection instead of cake! It was very different and at the time, I thought it was brilliant.

The next day at school wasn’t so brilliant. One of the girls who was a bit of a ringleader started being nasty at lunch. There were eight of us to a table. Me, Iliana and six other girls. It ended up with everyone mocking her party and being vile while she sat there, broken and silent. I’ve never been so ashamed or disgusted with myself. I didn’t defend her. I was scared of being singled out too. I had a big pit of acid inside and I literally felt sick I felt so bad.

Later that evening I cried my eyes out to my dad who told me I’d feel better if I apologized. So I did – and I felt a bit better.. but I still feel shame and disgust with myself to this day. I’m pretty sure this is why I’m as rabidly anti bullying as I am and why I believe in building people up not knocking them down.

I saw exactly the same scenario this weekend. A woman sat at a table being “roasted” by another woman while others laughed.

Again I felt physically sick. Why do we find humor in publicly humiliating others? Why as women, aren’t we supporting each other? Why are we tearing each other apart. If the only way we can be funny is by disembowelling someone to their face then maybe we just aren’t funny.

Every time I hear a woman say “and this is why I don’t mix with other women’ I want to cry.

I’ve thought long and hard about posting this. I don’t want this to be seen as a political statement as I don’t like it when it happens to women in ANY situation. When we degrade each other we’re sending a blatant message that it’s okay. It’s not.

Be the human you want to be treated as.