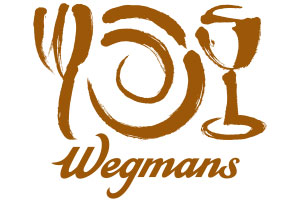 A couple of months ago I bought some samosa’s in Wegmans that were beyond awful. I posted a huge diatribe on facebook about it and was encouraged to write in and complain. So I did and here is the letter I sent and the reply…

Please bear in mind I have a mouth with a death wish.

I’m writing to inform you of a huge disappointment recently passed. Still passing in fact because frankly, I’m not sure I’ll ever get off this toilet again.

I have a question for you.

Do any of your food testers actually LIKE food – or are they all skinny bitches who count the calories it takes to pucker their lips in disgust? If I did that I’d have just burnt up 11 million calories but to be honest, pursing ANYTHING isn’t something I’m capable of at the moment.

Well, not literally which is a good thing. Everyone says I have my grandma’s eyes but she left them to me in her will so they’re mine now.

The samosas. Being a Brit by birth it is in my DNA to be absolutely addicted to Indian food. Upstate NY is somewhat of a cultural desert when it comes to Indian food. Aloo NO Gobi even. My excitement knew no bounds! Samosas! In a box! Mine!

I dashed to the cashier heedless of all other customers and staff in my way. You’ll be pleased to know I didn’t actually INJURE anyone so no claims on the old workers comp!

I got home and dropped all the bags of other lesser shopping on the floor, unconcerned with anything but getting my precious cargo in the oven and thence in my tummy. I had bought two boxes, one potato and pea and one chicken tikka.

Oh my giddy aunt they were DISGUSTING. Worse than disgusting  – but without resorting to Swahili or profanity I can not describe just how bad they were. I tried a potato one first which is a good job – I wouldn’t have dared if I tried the chicken first. I wasn’t expecting miracles, this isn’t an Indian foodcentric country so I was expecting them to be tame… The casing was very strange. Dry and friable. The potatoes and peas were mashed so it was like potato which an occasional green stripe. Kind of like baby poop. It was tasteless, gluey and unpleasant.

Onwards to the chicken offering.

It’s rare I spit food out. Even when I’m on my own, I’ll try to swallow it if I’ve bitten into something. My Mummy didn’t raise a quitter but quit I did. If spitting was an Olympic event I’d be leading the US team. Imagine if you will, rancid mushy fish paste with a bit of curry powder. It didn’t taste meaty at all. It was pasty and distinctly fishy. It even smelled fishy. Without doubt one of the worst things I’ve EVER eaten.

Do you have any contracts with the Military? These would make excellent weapons of mass (ass?) destruction.

The FBI could use just the threat of them to procure confessions.

I threw some out onto the neighbours garden and not even the local vermin will eat them. I don’t think grass is going to grow where they landed again either.

I don’t want my money back. I suggest you spend it advertising for new food tasters. God knows you need them.

On a plus note – because I don’t like to be wholly negative, your own brand toilet paper is excellent. Even after three rolls in two hours.

Well I got a reply from Wegmans… no effort at all – lazy bastards!!

Thank you for your email concerning Sukhi’s Samosas and we are sincerely sorry to learn that you were dissatisfied with the product.

I want to assure you that Wegmans will look into your concerns. We have a great deal of faith in the products that we sell and appreciate being given the chance to take corrective action whenever possible.

We hope this incident will not diminish your confidence in our products. With that thought in mind, we are sending you a letter in the mail with a $10.00 in coupons for a future purchase at Wegmans.

Once again, thank you for sharing your feedback. We value you as a customer and look forward to serving you again soon.

38 thoughts on “The Wegmans Complaint..”