“Yesterday, December 7, 1941 — a date which will live in infamy — the United States of America was suddenly and deliberately attacked by naval and air forces of the Empire of Japan.” This Franklin D Roosevelt addressed the Nation.

Today is the 77th Anniversary of the attack on America by Japan. The event that propelled the US into the Second World War. 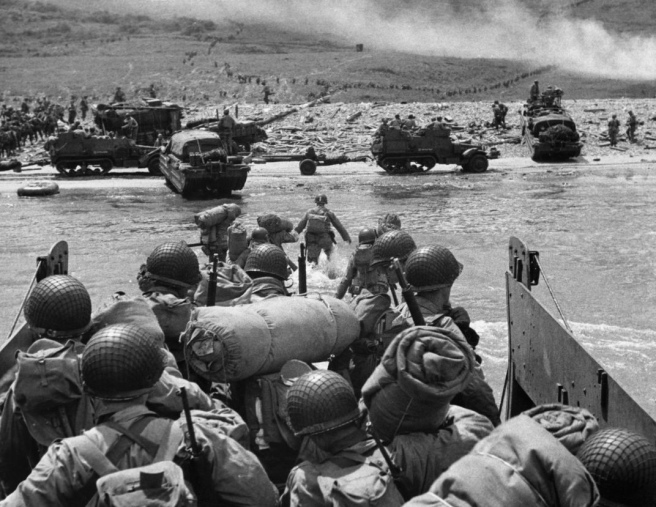 Let’s just stop for a minute. The youngest person able to serve on that date would be 95 years old now. How many of us have a family member alive today who is 95 years old? That generation is all but gone. The men and women who fought against Hitler and the Nazis, the men and women for whom Hitler was a contemporary figure – gone.

All we have left are written accounts, old news reels and monuments to remind us of the horrors that shaped our today.

My grandfather fought in WW2.

My father was born in 1941. He was born into and grew up in a world at war. He is 77 years old now and it’s 70 years since he met his father for the first time because of the war and the times after it.

My grandad died 22 years ago. My older two kids have no memory of him at all and my youngest wasn’t even born when he died.

I’m a grandma now myself and my grandson has one grandparent alive who grew up in WW2.

Why am I telling you all this? Because I’m terrified that’s why. The generation that fought in WW2 is gone. Those that grew up then are fading fast. It falls to us, the children and grandchildren of those generations to remember and to educate generations to come to make sure it doesn’t happen again.

We already have holocaust deniers which astounds me. How anyone can deny or undermine such horrific atrocities is shamefully repugnant.

Closer to home we have people who would remove statues that commemorate the Civil War. I’m absolutely against destroying or rewriting history.

Banning books or symbols is counterproductive. If Nazi emblems are banned how can we be revolted by it? If you can’t read a book how can you not feel shame or horror?

Shame and Revulsion are good. We should all feel both more. Sanitising history only allows evil to rise again. Be revolted, be ashamed. Those feelings are far better than the complacency of ignorance.

41 thoughts on “A Day That Will Live Forever In Infamy.”