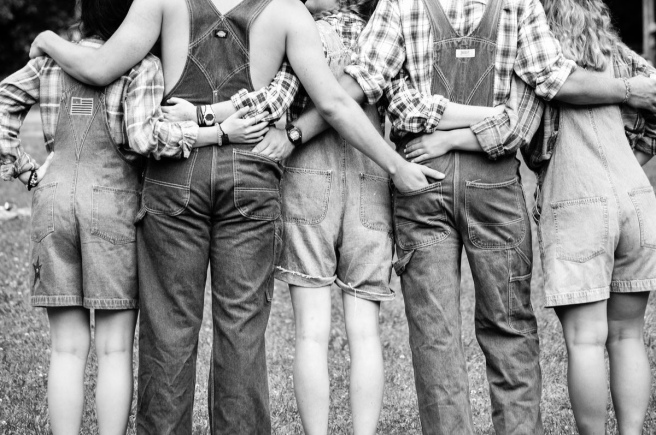 We all try our best at parenting. Some times we get it right. Sometimes we don’t. Sometimes we feel like we got it right but later, way down the line we’ll, we realise.. maybe not.

This is one such incident.

I have a funny story from when my daughter was little. She was 5 or 6 at the time. We were shopping around mid January and the supermarket was busting at the seams with Valentines merchandise. She was quite fascinated and wanted to know what it was all about so I told her. It’s when you buy cards and flowers or gifts for people you love. You can cook dinner or spoil them but it’s about making people you love feel special and appreciated.

A few days later she was very irate as my ex hadn’t bought or done anything for me. She was hopping mad! She announced ‘When I get married my husband has to cook dinner and wash up. Do the laundry, mop floors, watch what I want on TV etc etc and if he didn’t he could go out the door! I thought it was very funny that she was so opinionated and asked what her job was if he had to do everything. “Oh I have to let him” she declaimed airily.

At the time I thought it was funny and thought you go girl!

Now I’m not so sure.

We have #me too” and “white privileged” and “xyz life’s matter” and frankly, all it’s given us is more segregation, contempt and mistrust than ever.

EVERYONE it seems is racist.

When are we going to stop being offended and work together?

How does dwelling on the mistakes of yesterday improve tomorrow?

Honestly – I may have been mansplained to a few times… but I’ve been patronised by women too.

I’ve never been paid less than anyone in the same position.

I’m not saying these things don’t exist. I’m saying that as an individual they haven’t happened to me.

I’m fed up of ‘gender memory’. I refuse to denounce all men for the sins of a few or all women or all members of any given race or creed.

Not all gun owners are homicidal maniacs.

Not all Christians are science bashing homophobes.

You get my drift. It’s time to stop the herd identity and recognise individuals.

It’s time to unite and stand together and learn from each other. The only winners in segregation are those who seek to control. If we refuse to classify each other based on others perceptions our own lives will be so much richer.

Don’t be fooled by labels. They’re merely a sales gimmick with smoke and mirrors. Take people as you find them. You’ll be a lot happier.

I had an opportunity to teach my daughter that joking is fine but to never blame an individual for the perceived ‘faults’ of an entire gender. I missed the chance to teach her that we women don’t have to put men down to be better. The object isn’t to be better, it’s to be equal.

The trouble with a lot of this ‘equality’ malarkey is that these movements aren’t about equality. They’re about superiority. Don’t buy into it. Your kids deserve better. Not all men are bastards. Not all women are bitches. I have no desire to improve my standing by subjugating others… do you?