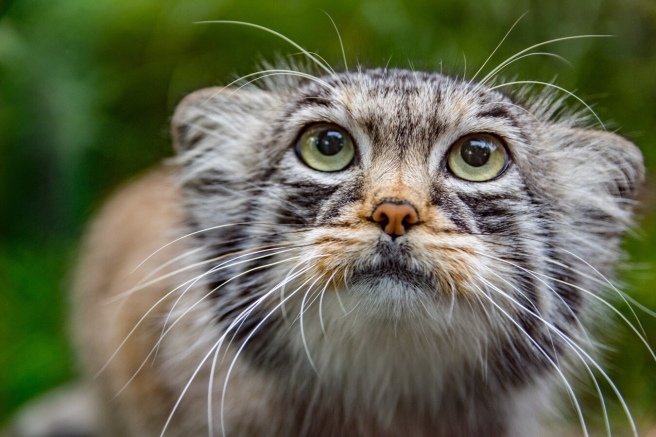 You’d think I’d be banned from buying pop rocks after the Beirut Buns Incident but no.. So, as you’d expect, I bought more!

I couldn’t think what to do with them. It was a little upsetting. No kids at home at the moment, it’s just me and ‘im indoors. And the animals. The two cats. Specifically Prader Willi and HellBoy.

Both cats are indoors only. Both were from feral mothers and both have FIV. They have a very pampered life and frankly, the fat little porkers are severely obese (but we don’t say that out loud as it hurts ‘im indoors feelings)

I had three packets of pop rocks and the urge to sin – so I went forth in search of inspiration and found.. The cat litter box.

The two lazy arses were sleeping so I poured the pop rocks on top of the litter and went on my merry way.

A couple of hours later, after ‘im indoors returned from another day at the salt mines and fed the two behemoths.

Prader Willi took his happy ass through to the litter box… next thing we heard was him scrabbling litter everywhere in an effort to get out of the cat box! He flew into the living room, puffed up to twice the size he normally is and ran straight under a corner table. ‘im indoors was a little stunned but carried on watching TBBT for the 97 MILLIONTH time.

I think the excitement weakened poor HellBoy’s bladder so off he trundled like a wonky shopping trolley.

He’s way more vocal than PeeDubs. He’s fatter too so we had the full length version of the song of his people while he liberally encrusted the laundry room with litter trying to squeeze his gallon ass out of the quart sized cat box opening.

So, ‘im indoors in all his wisdom, decided the cat litter must need scooping or something.

He meandered off to the laundry room. Scoop in hand he squatted down to the revolting job – and this is guess work on my part but I’m assuming he dolloped done wet litter on top of some unexploded pop rocks…

The last thing he expected was fizzy fecals!

With an almighty roar of “Jesus H Christ” he threw himself backwards, overbalanced, bashed his head on the washing machine and sat down smack dab in a puddle of piddle and soggy litter.

PS: He thinks we may have bought a defective batch of cat litter so apparently, we’re not buying litter at Walmart again!!

PPS: Pop rocks are a versatile little pastime aren’t they? Who would ever have guessed they good be so multipurpose?!

PPPS: I’m still not banned from buying them. Watch this space!!