We’re going on a trip in the way back machine today! Fasten your seatbelts and refrain from smoking whilst we prepare for Blast Off.. Sit back comfortably but don’t go to sleep because, well, things can happen in dreams and real life simultaneously.

You didn’t know that? Get yourself some caffeine and I’ll explain.

Farquhar Bastardcelot and I were asleep one night, this was before the kids were born so back in the days when I knew what a full night’s sleep was! We’d gone to the pub that night and, having the munchies on the way home, stopped at the chippy – as you do!

For my American friends, God Bless America, you know I love it here but really guys.. you need to learn the art of drinking! You can’t shovel gin down your neck at a rate of knots without having a takeaway to totally teach your innards who’s boss! A good curry from the local Indian restaurant is optimum but pie and chips (French fries on steroids) or a kebab slathered in chili sauce is a damn fine substitute!

We headed out of the pub and closing time and straight to the chippy. Minced Beef and Onion pie ‘n chips with a vat of malt vinegar was what my little heart desired! Obviously I wasn’t as think as I drunk I was – or something like that because I could still read the neon menu on wall. I added a couple of pickled onions to my order and being adventurous (and too tipsy to know better) a deep fried mars bar. This would be a Milky Way here in the US. It sounds disgusting but it was actually quite nice! That may have been excessive alcohols memory not mine though!

Anyway I went to bed, stuffed fat as a bacon pig and I’m blaming the food for what happened next.

I was having a horrible dream. You know the sort – where it’s so real that you never forget it. I was being chased by vampires who were trying to bite me and the only way to save myself was to bit them back. The lead vampire caught me so I took a deep breath and sunk my teeth into his arm as hard as I could. He wailed “Oww, why did you bite me?” As he disintegrated to dust and all the other vampires ran away so I was safe and that was the end of the dream.

The next night we were both working behind the bar at a wedding at my parents hotel. I did that a lot at weekends to earn extra money. He didn’t usually help but this was a huge wedding. Half way through the night a guy came to the bar for a cocktail napkin. He’d split his lip and it was bleeding and I remembered my dream.

I started telling FB about it and he rolled up his sleeve to show me a horrific bruise with a full set of my teeth marks showing in the middle of it! The vampire wailing was him! Apparently, he’d tried to wake me because I was thrashing about and muttering so I bit him! With hindsight, it served the rotten swine right! As you may remember, FB had a deep connection to me, usually his feet or fists doing the connections but occasionally he had props.

Ol Ratface used to be involved in a hobby that involved a lot of weekends away camping so we had a caravan. Princess PITA and Fartichoke had bunk beds at the far end of the caravan. We had the sofas, converted into a bed and Sthmellyarthe had a travel cot in the middle as he was only 6 or 7 months old.

We had had a lovely evening, sitting around the campfire with friends while the kids played etc so we were all pretty knackered by bedtime. Ratface has the outside of the bed and I was next to the windows so I was penned in by him. I don’t do well with confined spaces so I’m guessing that was the catalyst for my dream.

I dreamed I was in the caravan with everyone else but that FB had broken in and was going to kill me. He was up to his old trick of smothering me with a pillow and I was suffocating. The only way I was going to survive was if I managed to turn my head to the side and call for help. I was truly terrified. I managed to swivel my head to the side where the pillow wasn’t so tight and try and take the deepest breath I could.

And I screamed. Right into Ratfaces ear from less than 6 inches away. The most horrible bloodcurdling scream you could imagine. The next thing I knew the light over my head was blinding me. Ratface was standing on the bed where he’d jumped to turn the light on looking horrified and asking if I was okay. The older kids were both awake and say bolt upright looking stunned but the baby slept right through it! Ratface was wearing only skimpy underpants and I was so relieved that it was just a dream that I started to laugh. I had tears running down my face I was laughing so hard. 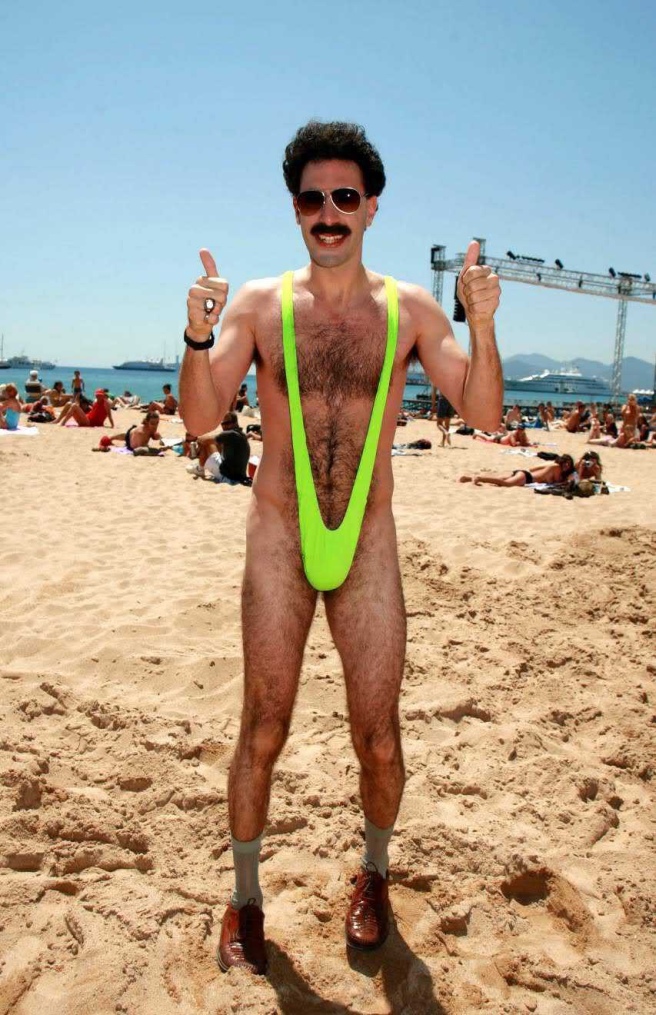 He was not impressed and kept saying “I don’t think this is very funny” which only made me laugh harder! Then the knocking on the door started. I’d woke the whole campsite and people were checking we were okay! I don’t think they believed Ratface because all next day I was getting asked too.

Eventually everyone settled down and we all went back to bed. I kept getting visions of him stood on the bed wearing his banana hammock and I’d burst out laughing again! He kept up the it isn’t funny/ I don’t know why your laughing/ this could have been serious litany in a very disapproving voice sounding just like his mother and that just made it even funnier. It’s almost exactly sixteen years later and I still can’t tell this story without giggling incessantly!

37 thoughts on “The Ex Files Or How To REALLY Live Your Dreams..”